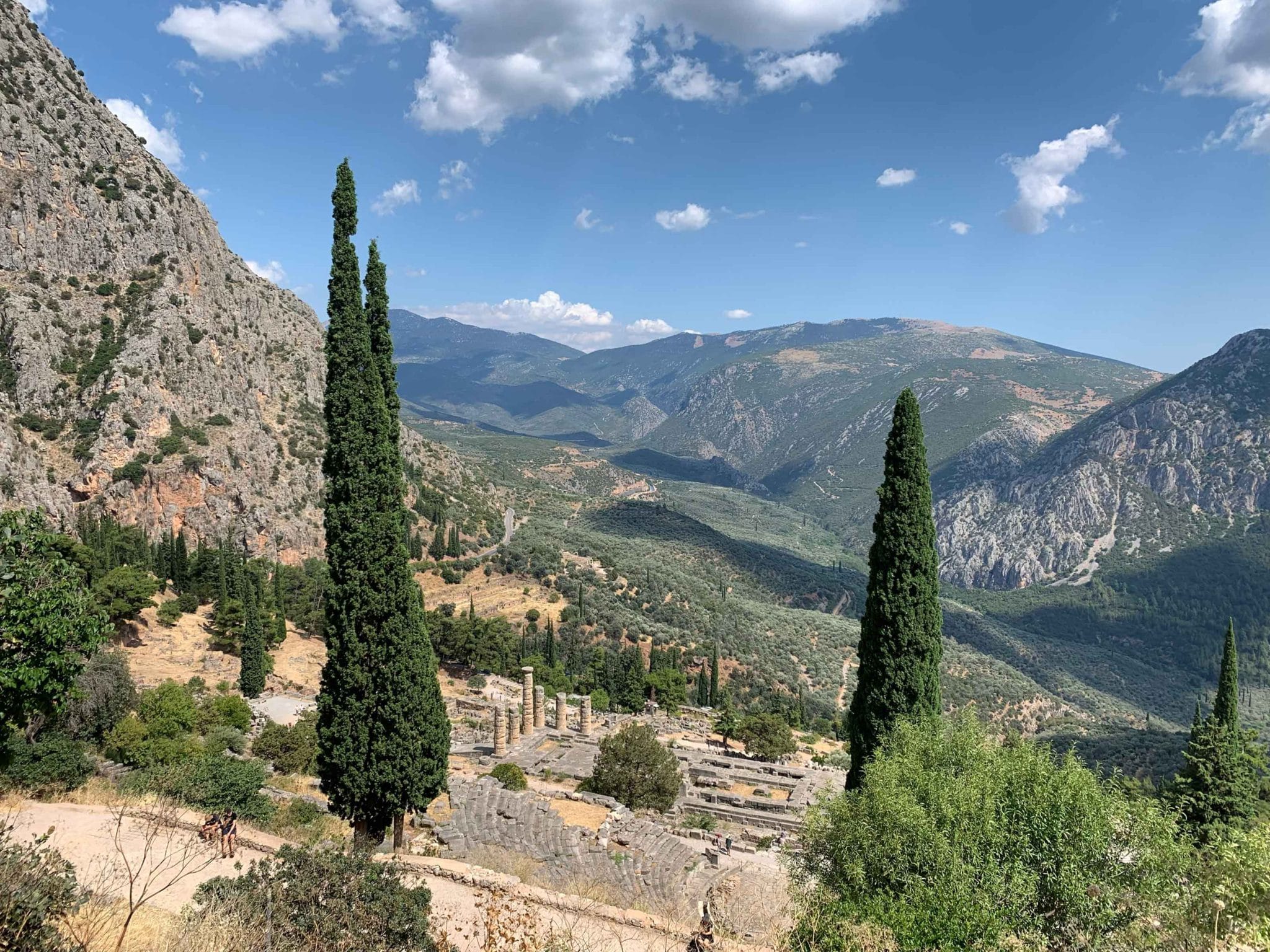 * price per person, based on 2 people sharing a room. Single supplement, if applicable: £495. Prices do not include flights.

Transfer to our hotel in Athens.
Evening meal and overnight in Athens.

Evening meal and overnight in Athens.

Departing from Athens we head south towards the Peleponnese. En route we cross over the famous Corinth Canal and we stop for photos and to marvel at this feat of 19th century architecture.

In the last morning we arrive in Corinth, but before exploring the old city, we first take a short hop to visit Acrocorinth – the Byzantine, Venetian and Ottoman fortress perched on the hillside above. At the old city of Corinth we learn about the visit of St Paul and see the spot at which he is supposed to have preached to the Corinthians. After a quick lunch we depart towards Nafplio.

En route to Nafplio, there is a chance to stop off at one of the wineries in the Nemea region – the wine-growing basket of Greece.

Evening meal and overnight in Nafplio.

Just a few kilometres from Nafplio lies the archaeological site of Mycenea. This morning we go in search of this fascinating period of ancient Greek history and see the tomb of Clytemnestra and the grave of King Agamemnon.

After lunch we visit the largest ancient theatre in Greece – at Epidauros before returning to Nafplio.
Evening meal and overnight in Nafplio.

Almost without doubt, Nafplio is one of the most charming towns in the whole of Greece. From the middle ages onwards, it was an important port town under the both the Venetian domination and later under Ottoman rule. Then in 1828 it became the first capital of the Hellenic Republic. Its streets convey a wealth of history whilst its architecture exudes a stately charm. We spend the morning on a walking
Evening meal in Nafplio

Evening meal and overnight in Nafplio

We depart from Nafplio and head southwards to Mystras.

The Byzantine fortified town of Mystras is one of Greece’s unforgettable experiences.

Stacked up on the hillside, against the backdrop of the Taygetos mountains the ruins of the town create an impressive sight. There are numerous churches decorated with Byzantine frescoes and a fine castle on the top of the hill. We spend time in both the upper and lower town.
In the afternoon we head onward to Olympia.
Evening meal and overnight in Olympia

Almost without doubt, the host city of the original Olympic Games is the most famous in the whole of Greece. But it is also one of the most lovely and wandering around the archaeological site in the morning, you can almost sense how life would have been here two and half thousand years ago.

After lunch we depart from Olympia and head to Delphi.

Evening meal and overnight at Arachova.

Delphi is the ancient sanctuary that grew rich as the seat of Pythia – the oracle who was consulted about important decisions throughout the ancient classical world. The ancient Greeks considered the centre of the world to be in Delphi, marked by the stone monument known as the omphalos (navel).

We spend the full morning exploring the site and after lunch we travel onwards to Meteora.
Evening meal and overnight in Kalambaki

The Meteora is a rock formation in central Greece hosting one of the largest and most precipitously built complexes of Eastern Orthodox monasteries, second in importance only to Mount Athos. The six (of an original twenty four) monasteries are built on immense natural pillars and hill-like rounded boulders that dominate the local area.
We spend the full day exploring them.
Evening meal in Kalambaki

Today we have quite a long drive to Thessaloniki (3.5 hours), but we have two extraordinary stops along the way. The first is at Vergina where we visit the tomb of Philip II, the father of Alexander the Great, who was murdered during the wedding of his daughter in the theatre of Aigai. The tomb of the father of the great Macedonian Dynasty is one of the most lasting memories many of us have of our visit to Greece.

But after Vergina, we go to visit Pella which was the capital city of the Macedonians. Though not mush remains of the city today, there is a fabulous museum with a memorable collection of gold grave goods.

Dinner and overnight in Thessaloniki.

No visit to Greece is really complete without a visit to its northern capital: Thessaloniki. Much changed in recent years, Thessaloniki is now a hugely exciting city to visit. Standing on the Via Egnatia, exactly half way between the Adriatic and Constantinople, as well as being at the crossroads between the Balkans and the Aegean Sea, it is little wonder that the city has such a fascinating history.

We spend the whole day exploring its wonders.

Dinner and overnight in Thessaloniki.

After breakfast, we depart the hotel for Tessaloniki airport, whence we say our farewells and depart.