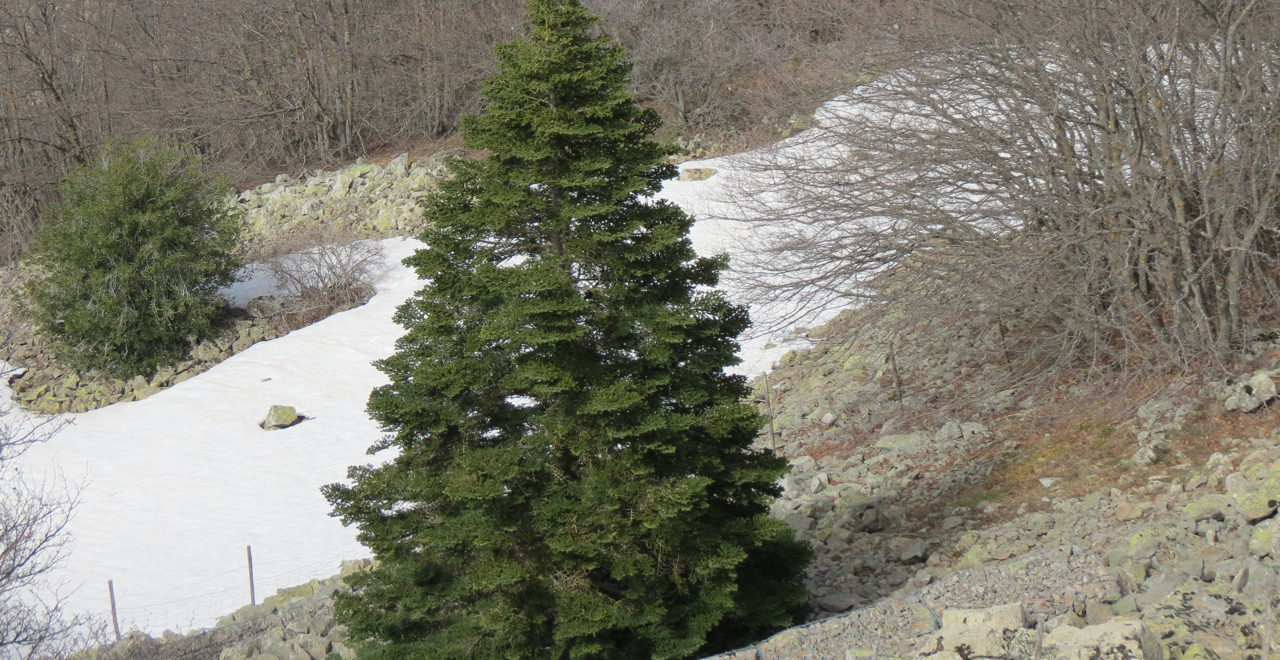 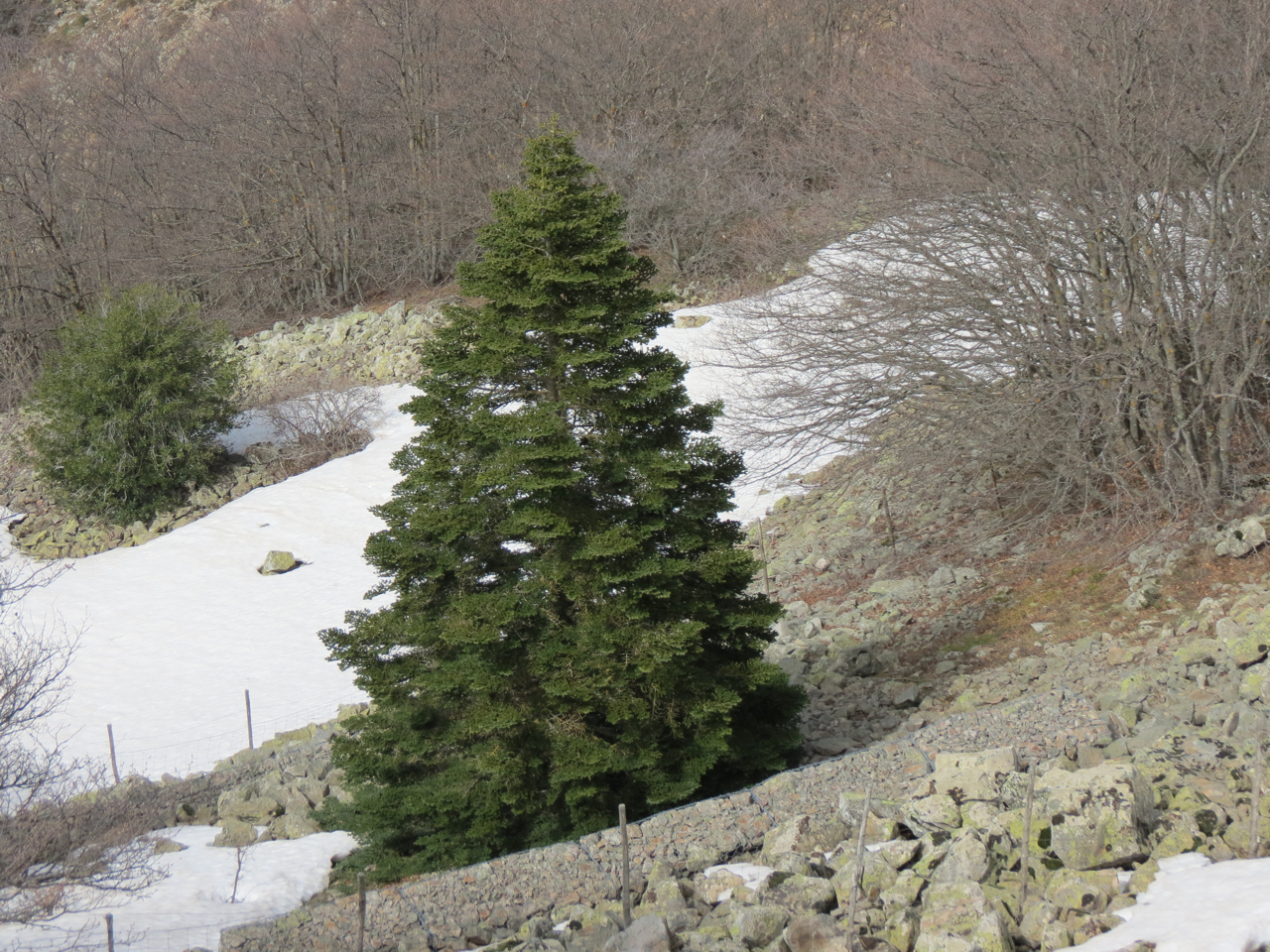 This is one of just twenty one surviving Abies Nebrodensis. Despite its name (which might suggest it is found in the Nebrodi mountains) this extremely rare species of fir tree is found only in the Vallone Madonna degli Angeli in the Madonie mountains in Sicily. This highly endangered species had until recently been threatened by grazing, but now the trees are fenced off. Interestingly, however, there is apparently a large genetic variation between the surviving trees – giving hope for the species’ survival. 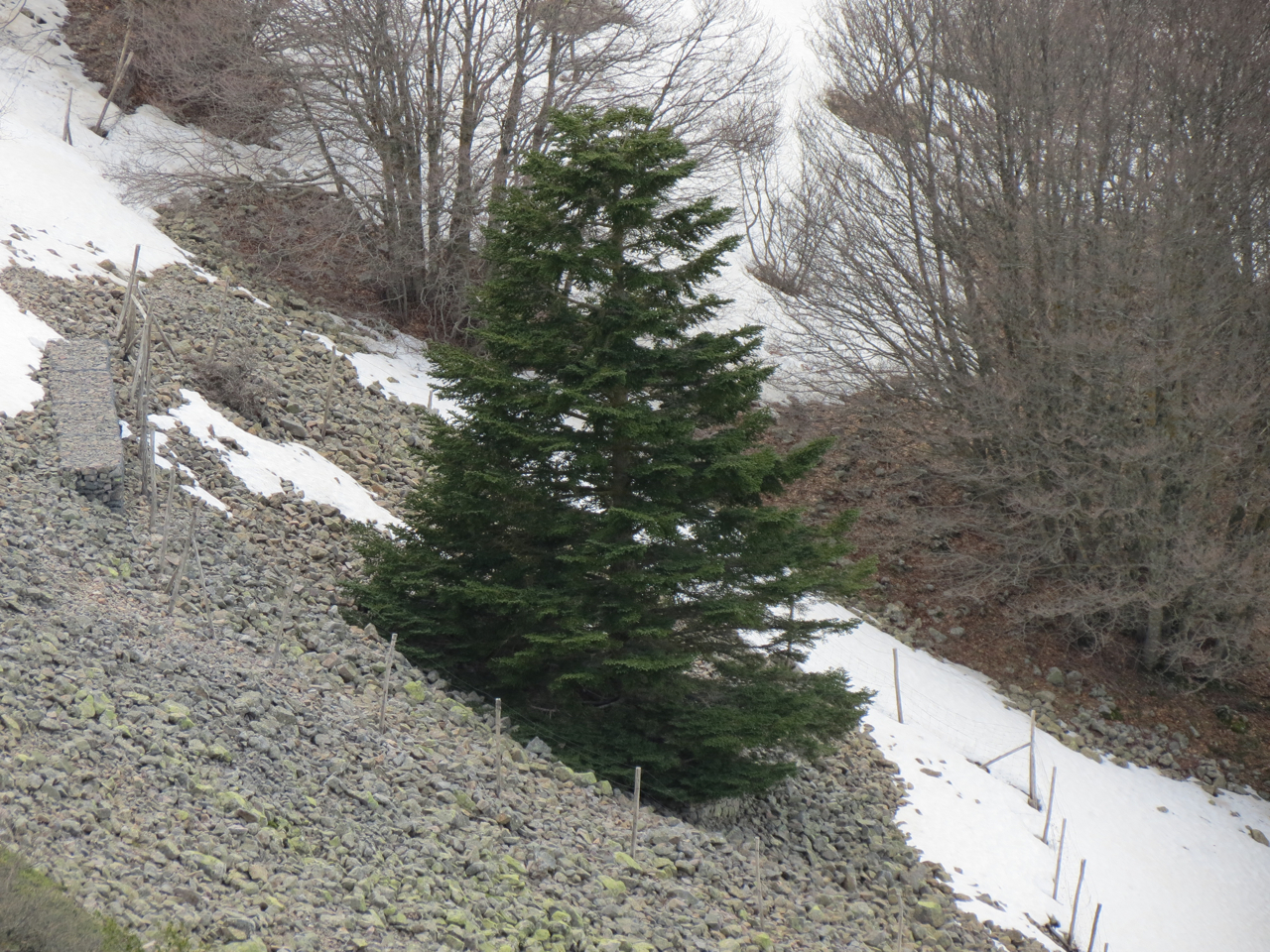 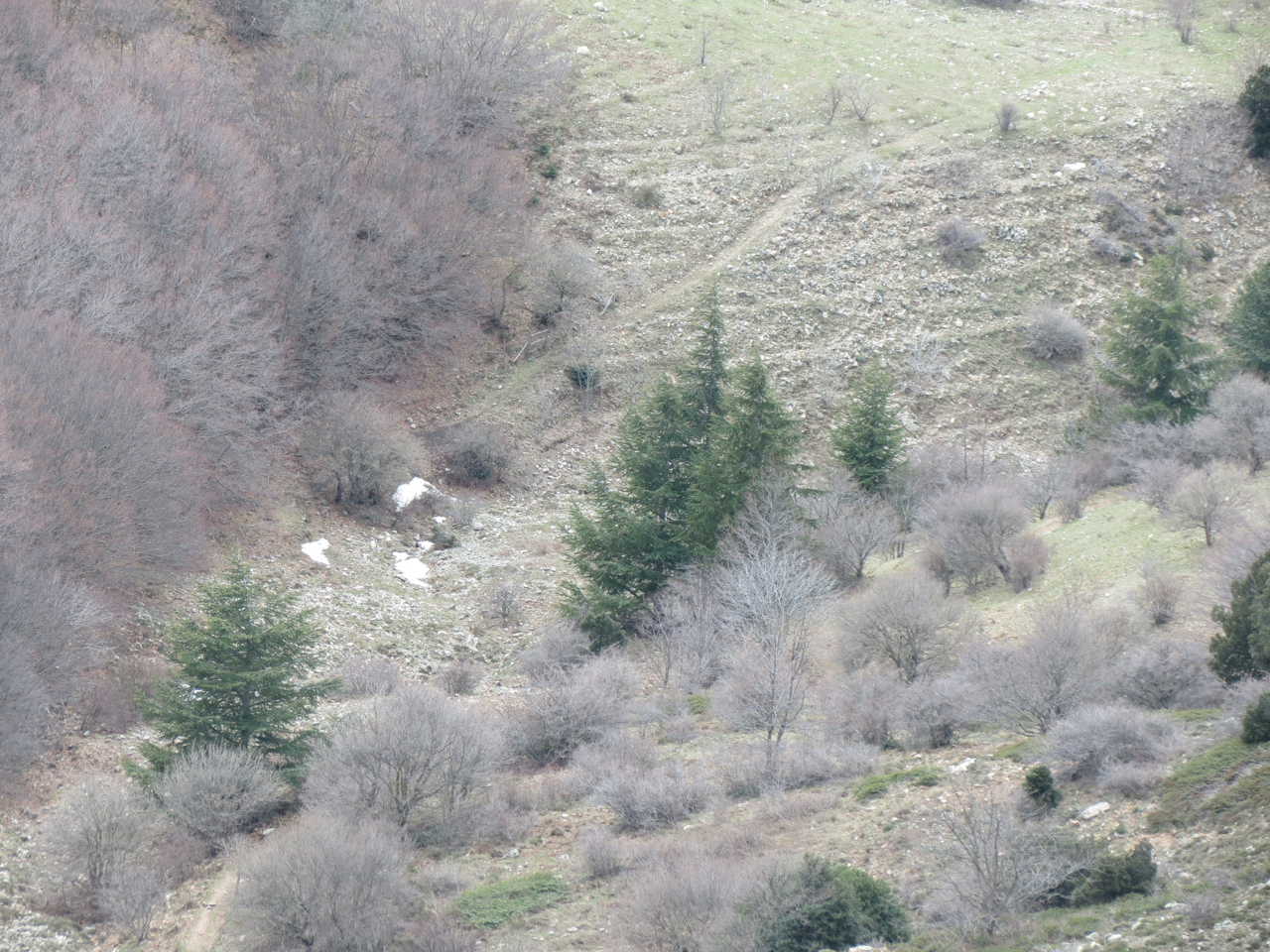 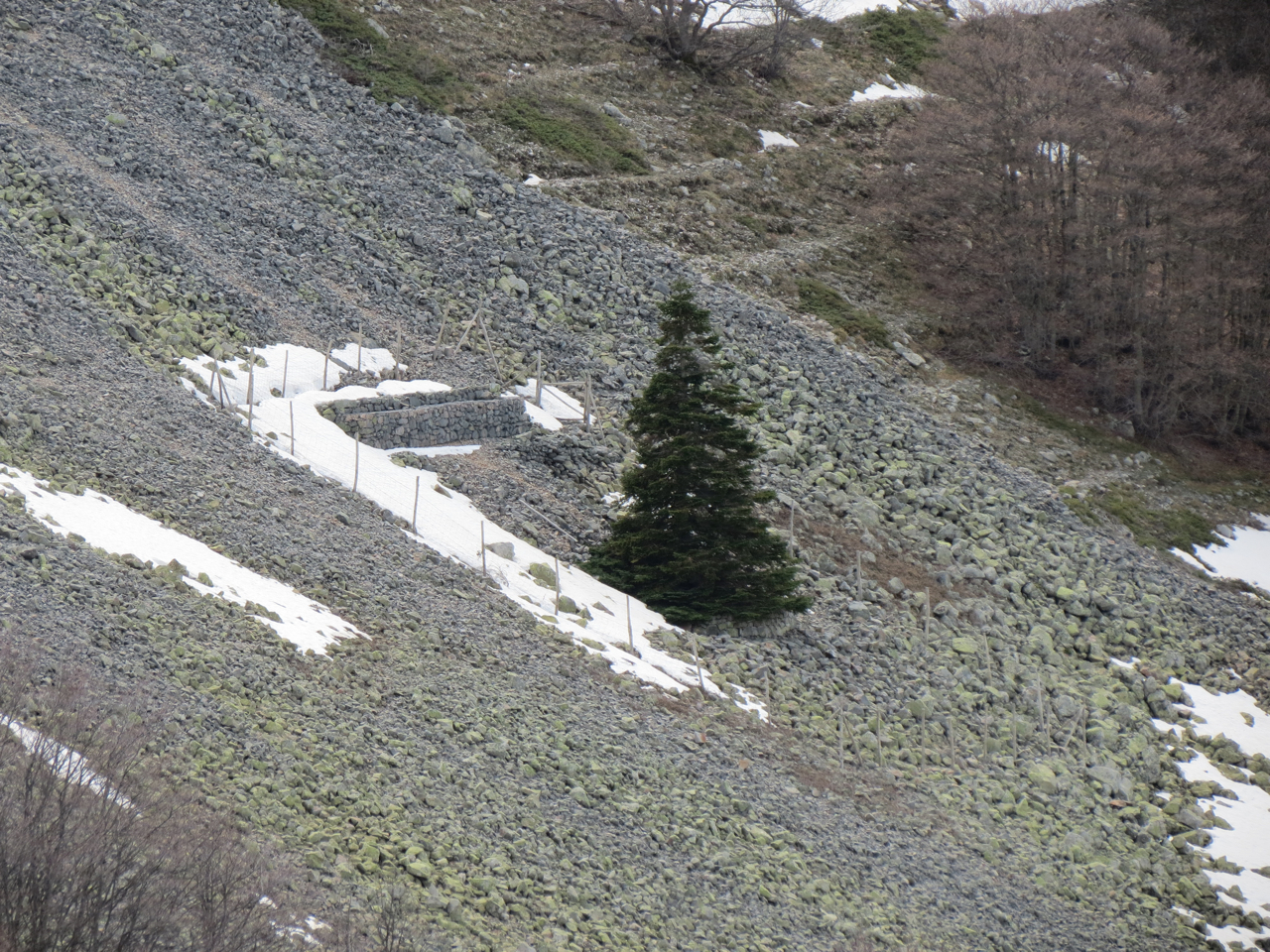