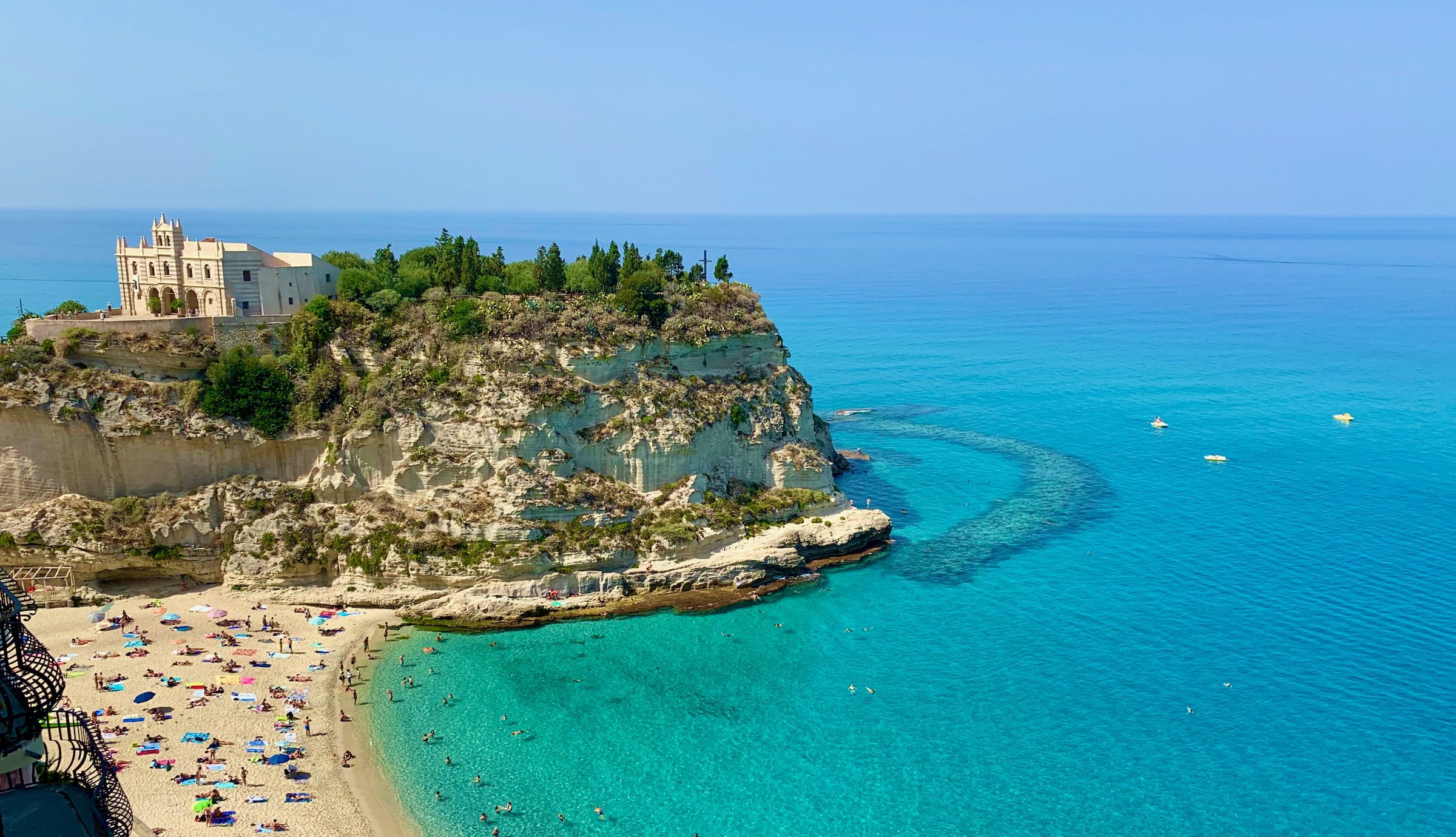 The focus of our tours of Southern Italy is the territory of the “Magna Graecia“ – the name given by the Romans to the coastal areas of the Mezzogiorno – which is both one of the least explored and at the same time one of the most rewarding regions of Italy for the visitor. It is a region of often spectacular scenary and unspoilt lanscapes. It is also justifiably renowned for its fine food and rich culinary traditions.

* price per person, based on 2 people sharing a room. Single supplement, if applicable: £395. Prices do not include flights.

We meet in Reggio Calabria.

Reggio Calabria and onwards to Gerace

In the morning, we visit the stupendous Riace Bronzes on display in the museum in Reggio Calabria. These are two full-size Greek bronzes of naked bearded warriors found in the sea near Riace in 1972 and dated to around 450-460BC. They are arguably some of the finest Greek statues ever to have been discovered.

After lunch we begin our journey round the Ionian coast towards Gerace. There is time to visit the abandoned village of Pentedatillo on the way.

We have a full morning exploring the wonderful town of Gerace with its noteworthy remains of a Norman castle and fine churches. It was visited by Edward Lear in the nineteenth century and in the town museum we can see reproductions of some of his prints. There is also a chance to learn about the production of Bergamot and to taste some typical local products.

We spend the afternoon exploring Locri – the ancient Epizephyrian Locris (Ἐπιζεφύριοι Λοκροί or The Locrians upon the West Wind) – another of the great cities of the Magna Graecia and which Plato called “The flower of Italy” due to the characteristics of the local peoples.

We drive down along the Ionian coast and the town of Stilo – home of one of the most iconic “Greek” churches in the whole of southern Italy. The church is only tiny, but its perfect proportions and stunning aspect make it a favourite for photographers.

In the late morning we head across the Serra to Serra San Bruno where we visit the Cartusian abbey, still home to the Cartusian monks today.

Full day in the beautiful seaside town of Tropea where there will be free time to explore or just enjoy the beach.

On our journey back to the Ionian coast we visit Scylletium (Scolacium). This city was not a Greek colony, although it was inhabited at that time. It became one of colonies of Roman farmers settled in S.Italy by Gaius Gracchus in 123-121 BC. It was given the title of Colonia Minervia.  There has been considerable excavation in the area in the last few decades, though it is still not much visited.  It was a substantial place throughout the Roman period, but its particular importance was as the home of Cassiodorus, one of the most important scholars in Late Antiquity.  Flavius Magnus Aurelius Cassiodorus Senator (c.485-c.585) was born at Scylletium into a family prominent for generations in the Imperial administration.

After visiting Scolacium we driv onward to La Castella where there is an opportunity to visit the fine Aragonese castle.

We depart Capo Rizzuto in the morning and drive Eastwards. Our journey takes us through the towns of Santa Severina, San Giovanni in Fiore and across the Sila mountains.

In the afternoon we drop down from the Sila to visit the town of Cosenza before heading north to the picturesque and charming town of Morano Calabro.

Drive through the Pollino mountains to Paestum

Today we depart Morano Calabro in the morning and spend the morning driving through the Pollino National Park to Paestum.

After lunch we visit the classical site of Paestum which exhibits three of the most well-preserved ancient Greek temples to be found anywhere in the world and utterly unmissable for anyone with even a passing interest in Ancient Greek history or architecture.

Originally known to the Greeks as Poseidonia (Ποσειδωνία in Ancient Greek) in honour of the Greek god of the sea the city was founded as a satellite city of Sibaris in the late seventh century BC. It was later conquered by the local Lucanians and successively also by the Romans.

We spend the afternoon exploring the archaeological site: the three temples – the two temples of Hera and the third temple of Athena as well as the Roman forum, the bouleuterion and a small residential quarter.

Drive to Naples for onward journeys.

Watch Damian Croft talk about some of the places we visit on this tour:

Read genuine customer views for this tour posted on Feefo: