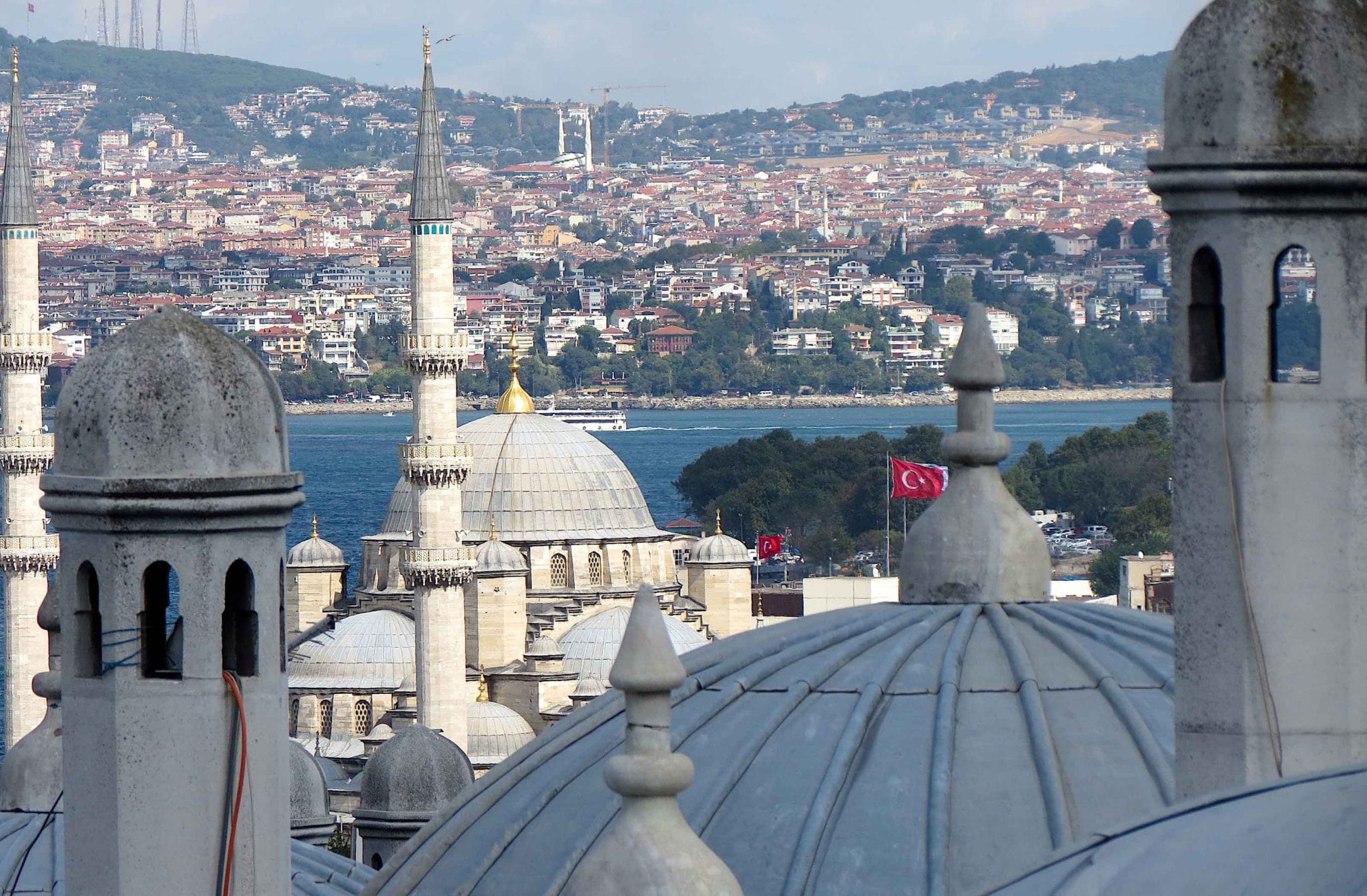 “If the Earth were a single state, Istanbul would be its capital ” – said Napoleon Bonaparte. Our Istanbul short breaks tour will show you why he was right.

* price per person, based on 2 people sharing a room. Single supplement, if applicable: £295. Prices do not include flights.

The name “Istanbul”, is derived from the Greek “στην Πόλη“, or quite simply, the City. Few other topographical names are quite so apt, for surely this was once the greatest city of all on earth.

Spanning two continents and with a history stretching back to the Ancient Greeks, Istanbul is surely one of the world’s most iconic cities. It has been the capital of two of the world’s great empires – both the Byzantine and the Ottoman empires and its legacy is second to none other. Our short tour of Istanbul will give you a taste of both some of its extraordinary architectural heritage as well as introducing you to some of the hidden gems of the city which many visitors to the city miss.

We travel in a small group, Accommodation is in a boutique-style hotel just on the doorstep of the Haghia Sophia and we sample some of the fabulous restaurants Istanbul has to offer.

Arrival and rendezvous in Istanbul

We rendezvous at Istanbul Airport in the afternoon before transferring to our hotel in central Istanbul. (Some of us may well have met earlier at the airport in London) There will be time for a welcome drink before heading out for our evening meal in a local restaurant.

Rebuilt by Emperor Constantine I, the city of Constantinople was inaugurated as the new capital of the Roman Empire in 330AD. Subsequently known to us as the Eastern Roman Empire or the Byzantine Empire, the city of Constaninople was to remain as the capital of one of the world’s great empires for over a thousand years – until its fall to the Turks in 1453. One of the greatest of Constantine’s legacies was his adoption of the Christian faith, and his conversion was to change the course of western history. Two hundred years later, the Emperor Jusitnian began work on what was to become the emblem of this new faith, the Haghia Sophia, and one of the most astonishing architectual feats in history. For over a thousand years the dome of this magnificent church was the largest anywhere in the world.

This morning, we head out from the hotel to meet our guide at the Roman Hippodrome where chariot racing took place in Roman times. Our guide will explain the significance of the Hippodrome to daily life in Byzantium before we visit the (now museum) of Hagia Sophia.

After lunch, we travel a short distance by minibus to the Chora church (Kariye Camii). Also known as the Church of the Holy Saviour, the Chora church extols, quite probably, some of the finest frescoes and mosaics of Byzantine art anywhere in the world. On the return, we walk through the quarters of Balat and Fener – the traditional Jewish and Greek quarters of Istanbul – to arrive at Eminönü and thence to return to the hotel.

Our day completes with supper in a local restaurant.

We begin the day with a visit to the “Blue Mosque“. Built in the opening years of the seventeenth century, it is arguably one the most iconic mosques in the world.

We then walk to one of the great mosque complexes and one of the crowning jewels of Ottoman architecture. Standing on the third hill of Istanbul, the Sulemaniye Mosque was built in the 1550s by the great Turkish architect Mimar Sinan. Today, its dominance over the city affords some spectacular views across the Golden Horn towards Galata.

After lunch, there is time to explore the Galata quarter of Istanbul. In Ottoman times, this was the quarter on the opposite shore of the Golden Horn inhabited by the Christians – typically, Genovese or Venetian merchants, and hence its distinctively different architecture.

Our day concludes with supper in a local restaurant.

No visit to Istanbul would be complete without a visit to the magnificent Topkapı Sarayı. For approximately four hundred years, this fasinating complex was the palace of the Ottoman Sultans. This morning we take a tour of the harem quarters as well as the charming Ottoman kiosks, pavillions and libraries.

In the afternoon we will go to visit the magnificent palace of Dolmabahce on the shores of the Bosphorous and in the Beşiktaş quarter of the city. This was the palace that served as the residence of the Ottoman sultans from the middle of the nineteenth century until the end of their reign.

Dinner and overnight in Sultanahmet.

We being the morning with a visit to the Grand Bazaar. This seemingly endless warren of side streets is a marvel to explore and there is something here for everyone – even the least interested in shopping.

Continuing our quest for shopping, we move to the Spice Bazaar, on the shores of the Golden Horn and in the shadow of the New mosque. Although smaller than the Grand Bazaar, many visitors find shopping here even more enjoyable. Now is the chance to stock up on your souvenirs.

What visit to Istanbul could be complete without a Bosphorous Crusie? And so, in the afternoon, we take the boat from the quayside by the Golden Horn and set off for a two hour cruise of the Bosphorous. Only seeing it from this perspective can one truly understand the topographic advantage the landscape gave to this greatest of all cities. And as we sail up the Bosphorous, who can’t be failed to be moved by the marvel of the modern bridges, the old Ottoman houses by the shore and the handsome mosque at Ortaköy.

Dinner in a nearby restaurant.

Travel to the airport and departure