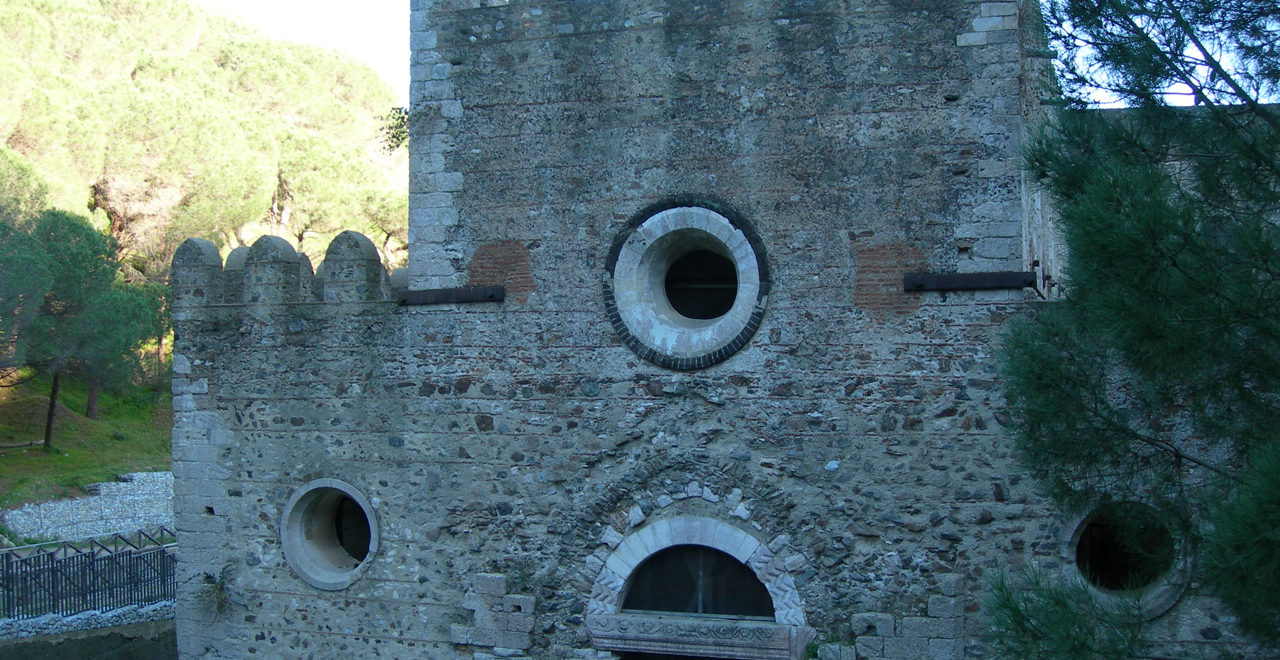 Badiazza is a splendid example of a fortified church from the Norman period in Sicily. Though difficult to reach without your own transport, it is well worth the effort. It is tucked away in one of the most beautiful of locations – in the valley of the river San Michele at the foot of the Peloritani.

It was originally a Benedictine Monastery –  but legend tells of how, in the reign of Frederick II a ship arrived form the Orient with a statue of the virgin hidden in its cargo. When the sailors tried to leave the port, they found the ship would not leave the shore – until the sailors had told the bishop about the presence of the cargo. Unloading the statue, they placed it on a cart pulled by oxen and let them wander where they would. The oxen arrived at a  site beneath the Colle S. Rizzo where a few Benedictine monks lived. And that was how the monastery got the name S. Maria della Scala. The statue of the virgin was subsequently supposed to have rid Messina of the plague in 1347.

The monastery bears characteristics of the Norman, Swabian and Aragonese building style.

The first reference of the existence of the monastery is in 1168, when King Willian II declared the church to be a royal chapel. The monastery was damaged during the wars of the vespers.

In 1855 the church was severely damaged by floods and then almost completely destroyed in the earthquake of 1908.