After a period of several years’ closure for restoration, the castle in Milazzo is open once again. Many visitors to Milazzo are just passing through on their way to the Aeolian islands and don’t pause to look at what the town has to offer, but as one of the largest castles in Europe, the castle is worth at least a cursory visit, and is arguably one of Sicily’s “unmissable” sights.

Impressive just by its very position and stature, the castle of Milazzo also perfectly illustrates the last thousand years of Sicilian history – with each layer wrapped around it like the layers of an onion.

Its origins go back at least as far as the Arabs and the 9th century AD, though coins have been found dating back the Byzantines. However, the square keep in the middle of the fortress belies a strong Norman influence and indeed, we believe Roger II himself stayed in the castle in 1101.

The rest of the Mastio however, is the hand of Riccardo da Lentini and was built in the time of Frederick II – the Stupor Mundi. Frederick II, of course, was no stranger to this area – having hunting lodges in both Santa Lucia del Mela and Rometta – and we can imagine he might well have visited the castle of Milazzo.

The rest of the inner wall of the castle was built by the Aragonese in the early 16th Century.  Indeed, it is the Aragonese coat of arms that we find above the gateway.

The outer courtyard of the castle was enclosed by a further wall, probably in the latter half of the 16th Century, again by the Spanish, and it encloses two important monuments – the Benedictine Convent and the old Duomo of Milazzo.

The fine cathedral was built by Camillo Camilliani – of the Michelangelo school of architecture – in 1616, though it is now deconsecrated. 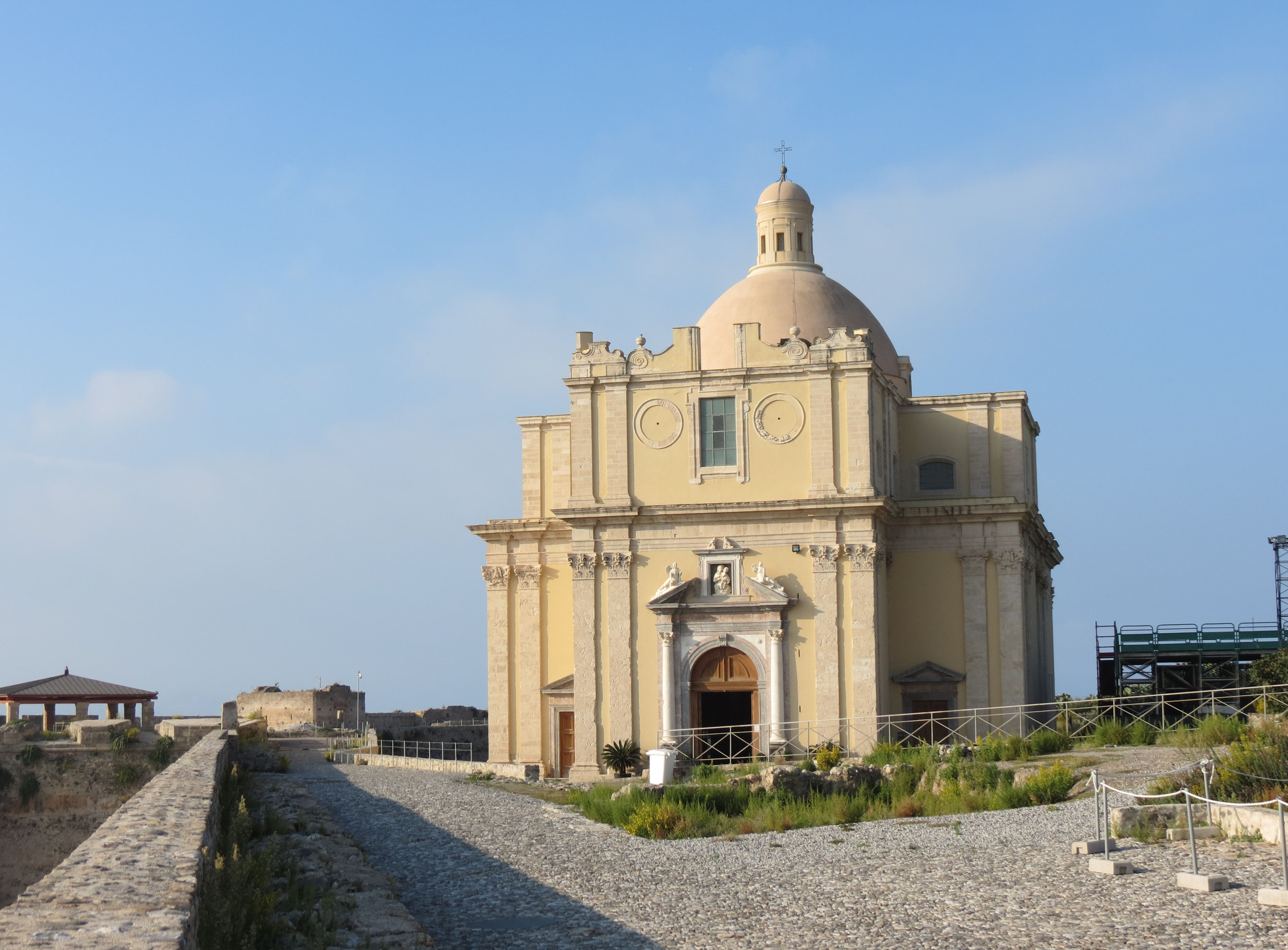 But the castle is of particular interest to English visitors. During the Napoleonic wars, the castle was used as a base by the English, and there is even reputedly an “English” cemetery inside the castle walls, though it is in an area still off-limits.

The other exhibit of interest, however, to English visitors, is the “human cage” on display in the sacristy of the Duomo. The wrought-iron contraption on display is now only a copy, but the story is real enough. The cage was found in the 1920s with a skeleton still enclosed inside. And nearby, there were three buttons from the Inniskillin regiment – a clue which has led historians to believe that the unfortunate soldier imprisoned inside may have been a deserter from the battle of Maida.

There is one other curiosity which the visitor should not miss. Ideally, one should walk round the outside of the castle to the North side, for the best view – but there in the wall, you will see the curious design of an “insect” built into the rocks. No one really has an explanation of how this came to be here or indeed, what it stands for, but it is known as the “Scarabeo” of Milazzo.

The castle of Milazzo is now part of the Eastern Sicily itinerary of Esplora’s Sicily tours.