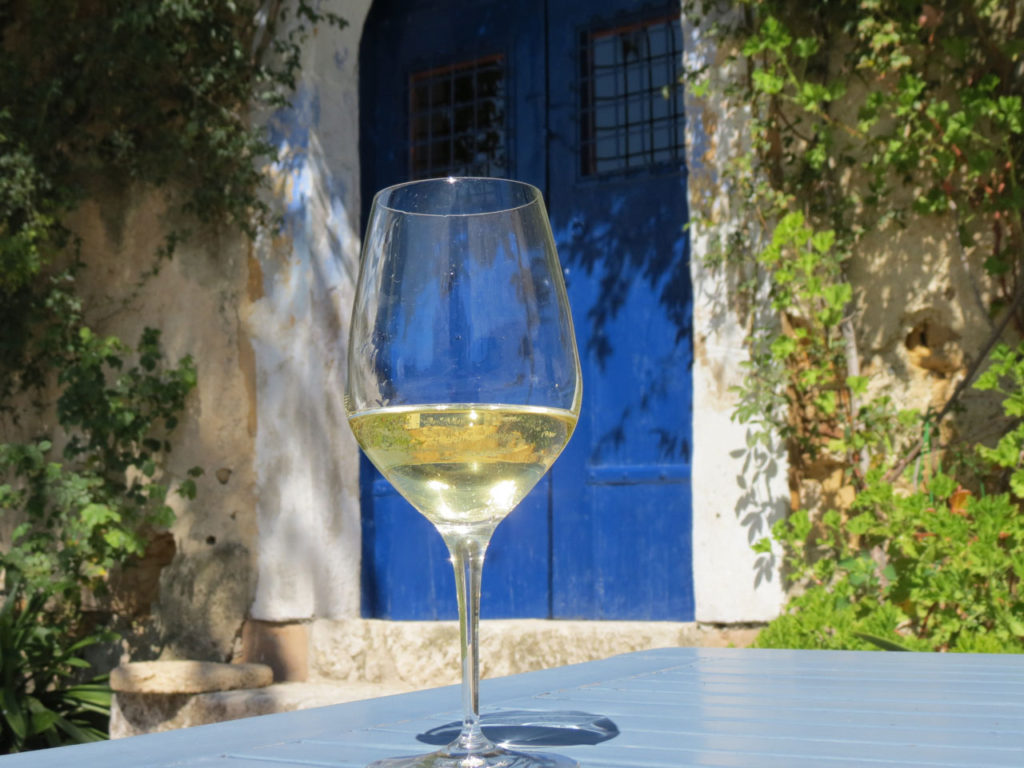 Most of the Sicilian wine that finds its ways to the shelves of British supermarkets comes from the Trapani or Melfi areas of the island, but this is only a very small sample of a great variety of Sicilian wine. As the largest wine producing area of Italy and with such a variety of topography and climate – from the chilly Northern slopes of Etna to the sun-blasted coast near Agrigento – it is perhaps not surprising there is such a wide spectrum of tastes to Sicilian wine.

The history of wine and viticulture in Sicily is essentially a narrative of the island itself. Each wine has its own, uniquely characteristic story to tell and so, fortuitously for wine-lovers, their relish makes an excellent theme for an exploration of the mediterranean’s largest island.

Historically, there have always been numerous indigenous strains of grape in Sicily – allegedly several hundred in all. Twenty-five years ago, at the start of the Sicilian wine-making revival, one of the primary obstacles for winemakers, was simply identifying and categorising these different strains. Nowadays, there are dozen or so common ones, another dozen or so rarer varieties and a number of non-native grape varieties being successfully cultivated in the region.

Red wine in Sicily is referred to by Sicilians as nero – or ‘black’ and indeed the very deep reds of many Sicilian wines are indeed almost black. The most well-known and most widespread Sicilian reds are made from the Nero d’Avola (or Black from Avola) variety of grape. Avola is a small town in the South East of Sicily, but it has only bestowed its name on the grape and the provenance of Nero d’Avola wine can actually be anywhere in Sicily.

Two other red grapes are particularly worthy of mention. One is the Nerello Mascalese – a native of the slopes of Etna on which it flourishes and common in almost all the Etna wines. The other is the fruity Frappato grown around the Vittoria region of Sicily and an essential ingredient in the blend of Sicily’s only DOCG wine Cerasuolo di Vittoria. The adjective “fruity” is not misplaced: the very name Cerasuolo is derived from the Sicilian dialect word cirazi meaning “cherry”.

There is also, one other red Sicilian grape with a historical importance – the Nocera. Nowadays, this uncommon variety is only found in a few of the wines produced around Novara di Sicilia, but until the nineteenth century, the whole of the plain of Milazzo was planted with this grape and the wine made from it shipped from the port of Milazzo as vino da taglio to the north of Italy where it was blended with northern Italian wines to increase their alcohol content. It was also the Nocera grape which formed the base of the favourite wine of Julius Ceasar – the famous Mamertino. Though not a wine you will come across in the stores, a few wineries in the North East of Sicily (including Planeta) are starting to revive it and maybe one day it will once again become one of the great Sicilian wines.

Of the white Sicilian grapes, we can chiefly identify four common ones: Grillo, Grecanico (meaning ‘Greek’), Inzolia and Cataratto. Most Sicilian white wines are made from a blend of these. In addition, just as with the red grape, Mt Etna has its own native varieties and one should also look out for the Carricante grape.

However, there are also three further white grapes which have put Sicilian dessert wines on the map. These are the Zibbibo, the Moscato Bianco (Muscat of Alexandria) and the Malvasia grapes. The word “zibbibo” is a nice example of an Arabic loan-word into Sicilian. In Arabic it means simple “raisin” or “sultana”, but in Sicilian it has become synonymous with a deliciously sweet table wine, once produced in the sandy Faro region around the Straits of Messina, but now mainly produced in the West of Sicily.

These three varieties are now principally used to make a dessert wine by the passito method – which entails drying the newly picked grapes in the sun to increase the concentration of sugar in them before the fermentation begins. It is a process which requires great skill and patience, since a night of dew on the fresh harvest can ruin the whole vintage. In particular, look out for the Passito di Pantelleria and the Malavasia delle Lipari. Confusingly, this last one is a speciality not of Lipari, but of the island of Salina – the reference in its name being to the Lipari islands (more commonly known as the Aeolian islands) of which, of course, Salina is one.

There is one further Sicilian wine, without which no article on the subject would be complete and this of course is Marsala. John Woodhouse was an English wine merchant importing wines from Portugal who had the misfortune to be shipwrecked off the west coast of Sicily in 1773. Awaiting his rescue, he realised that Sicilian grapes could be used to produce similar results to the fortified wines of Port and Jerez. Marsala is made from a blend of the four typical Sicilian white grape varieties (Grillo, Grecanico, Inzolia and Cataratto), fortified with a brandy made from the same and utilising the solero method of winemaking.

Later joined by other Englishmen – the Whitakers and the Inghams – Woodhouse began production of Marsala wine and when Nelson anchored his fleet off the west coast of Sicily, he took the opportunity to persuade the Admiral to purchase a rolling order of the wine for the British Navy, thus securing both his personal fortune and the future of his wine.

Marsala was much maligned for many years, being used as a cooking wine and adulterated with additives (including eggs), but now winemakers have become serious about Marsala once again. At its best, far from being a sickly dessert drink, a dry Marsala wine is a wonderful aperitif or else a fine meditative wine for the late evening. And what better way to toast this magical island?

What a terribly sad event... the whole story behin