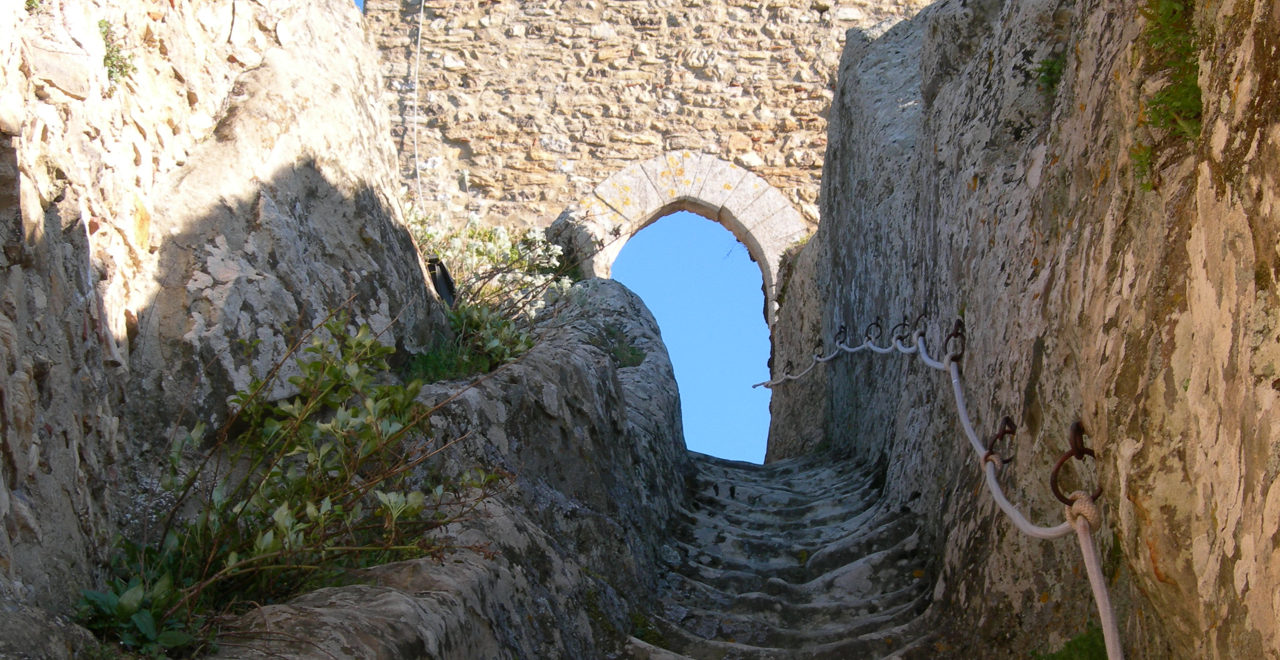 Sperlinga is a small town in the province of Enna not far from the North coast of Sicily and situated almost midway between the Nebrodi and Madonie mountains.

It is known and visited both for its handsome castle and for its troglodyte-dwellings, inhabited until even very recently and these rough houses hewn out of the soft rock make a fascinating detour on any Sicilian itinerary.

Its very name, “Sperlinga” derives from the Greek word “spelonca” meaning “cave” – think of our English word “speleology”: the study of caves.

Perched on a bluff of rock overlooking the town, its handsome castle, dates from Norman times and is notable for having rooms, staircases and stables carved out of the underlying rock. Today, inside the entrance to the castle, there is a small exhibition of how these cave-dwellers might once have lived – including a loom and some kitchen utensils. An interesting detail is that the second of the rooms has an obvious “door” high up in the wall, suggesting perhaps that once the floor lever was higher than at present and at some time in the past, the room was made higher by excavating the floor.

In the twelfth century Sperlinga became home to an influx of lombards arriving in Sicily from Northern Italy. Even today, their mark still remains on the local dialect – known technically as a “gallo-italic” dialect.

In the thirteenth century, Sperlinga was the only town in Sicily not to part in the Sicilian vespers – something that has been remembered as such ever since by the inscription on the inside of the castle arch: “Quod Siculis placuit, sola Sperlinga negavit” (That which pleased the Sicilians, was only refused by Sperlinga). By offering refuge to the Angevins, the town of Sperlinga earned itself a reputation for betrayal which has never been forgotten.

There is one other interesting fact about Sperlinga: the most famous photograph of the Allied battle in Sicily in 1942 – that of the shepherd pointing an american soldier towards the direction of the German troops with his staff – taken by Robert Capa was shot in the nearby quarter of Capostrà.