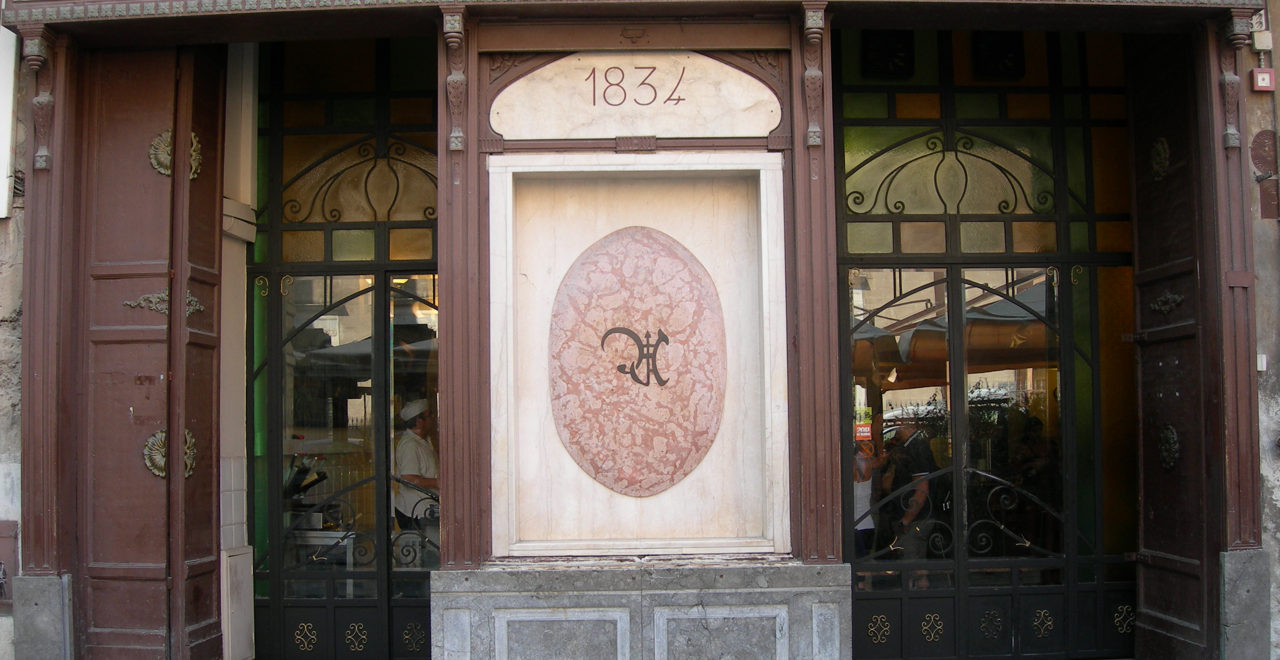 Until 1492, there was a sizeable Jewish population in Sicily, but being then under the direct rule of the Spanish and with the edict of Ferdinand and Isabella for the expulsion of jews, this not inconsiderable proportion of the population was forced to emigrate.

The Palermitano tradition of eating ‘u pani ca’ me’usa’ – literally bread filled with spleen – can be dated from before this time.

It is said that many jews worked in the abattoirs of the city, but since their religion prohibited them from earning a living from killing animals, they were paid, not with money, but with the insides of the animals (except for the liver which was considered too valuable to give away). The jews then boiled these insides and sold them on.

Eating them in bread is perhaps a vestige from the muslim tradition, in which using cutlery was prohibited (except for the use of a knife for cutting).

In the nineteenth century many “focaccerie” sprung up around Palermo – of which the Antica Focacceria San Francesco is now undoubtedly the most famous. They were characterised by their “Liberty-style” architecture and served focaccia either plain or topped with the boiled insides of the animals.

Nowadays, however, the focaccia is more likely to be topped with pizza-style toppings – though the tradition of serving ‘u pani ca’ me’usa’ still persists.