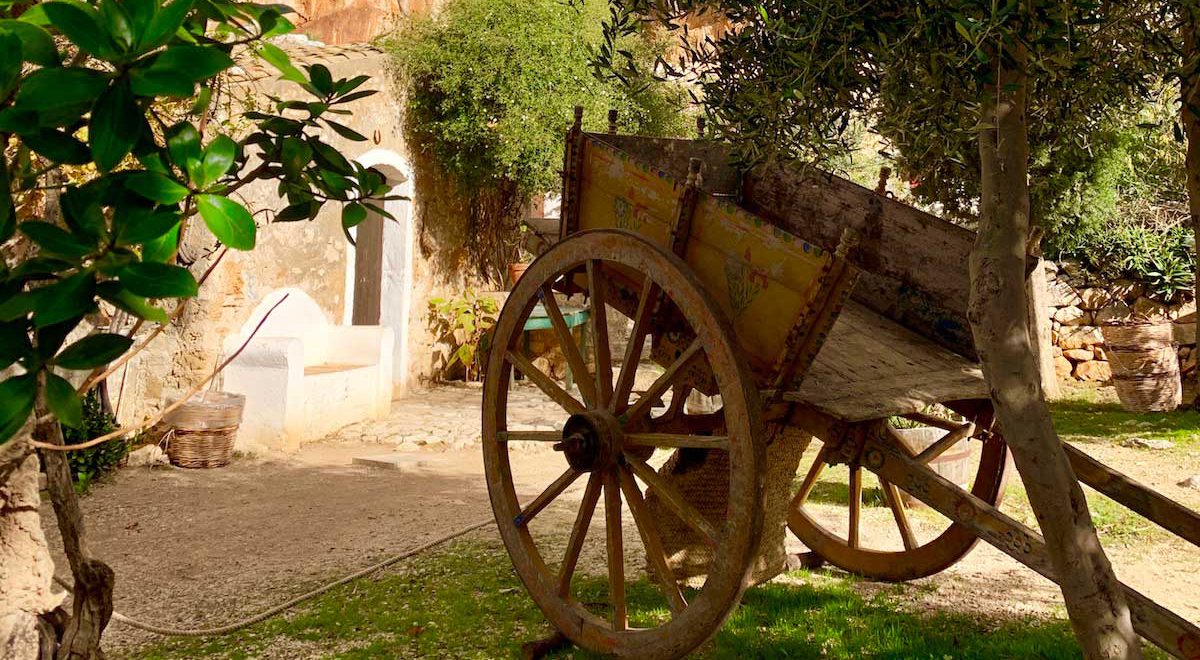 The first question people often ask is: is Sicilian a language or a dialect?

It is an interesting question open to debate and the answer depends on one’s interpretation of linguistic terminology. But let us leave aside the question for now and come back to it at the end…

Absolutely they do. Travelling around Sicily and listening to the way Sicilians speak, even the most unobservant won’t fail to notice that words sound different here. Sicilians have a different way of speaking from the rest of Italy. And although many Sicilian words are similar to Italian and knowing Italian and having an ear for the Sicilian cadence will get you a long way, it won’t allow you to understand everything.

As in much of the rest of the world, it is the market stall-holders who are the real custodians of the real vernacular and in order to hear pure dialect, you would probably want to head to a market.

It is also true though that not all Sicilians speak Sicilian all the time. Most of them speak a “Regional Italian” – a blend of dialect and Italian, coloured for good measure with a herby Sicilian accent. But all Sicilians can and do speak at least some Sicilian. If you were born in Sicily, or perhaps grew up with Sicilian parents, it comes with the packaging.

Most of them will reserve speaking in Sicilian for certain situations: when they encounter something that just can’t be expressed in Italian. Especially certain emotional states: humour, affection, joy, anger and frustration all sound better when expressed in Sicilian, as if the indigenous expression reaches down into the soul, uncovering some primordial universal sentiment.

Despite all this, throughout Sicily, many parents and teachers will do their best to discourage their children from speaking in dialect, as if it is somehow uneducated. Ironically though, as soon as they are put under pressure, that same parent or teacher will scold the child in Sicilian: “non mi fare siddiare!” Somehow, the Sicilian comes to their tongues more naturally. It expresses a state that Italian cannot.

The Sicilian writer Simonetta Agnello Hornby, who has spent much of her adult life living in Britain, has vocalised a phenomenon perhaps felt by many Sicilians. Often they will use the dialect word entirely unaware that it is in fact dialect and not Italian. It is just the word for what it is. No other word or phrase will do.

A brief history of the Sicilian language

The roots of Sicilian go back a long way, and the language is itself a history book. Suffice to say though, prior to the Norman conquest, most Sicilians would have spoken Greek or Siculo-Arabic. And modern Sicilian still retains much of this vocabulary. Words such as the following hail from those days:

Thereafter, like many languages, Sicilian became a sponge of assimilation, absorbing outside influences, expanding in vocabulary and acting as a palimpsest for the languages of its conquerors. Thus with the arrival of the Normans in the eleventh century, it absorbed both the Old French and the Occitan languages and also, via the church, Latin. Words such as the following were introduced:

One interesting parenthesis from the Middle Ages is little known outside Sicily. The King between 1198 and 1250 was Frederick II – descended from the Normans on his mother’s side and the Swabian Hoenstaufen family on his father’s. He was the patron of school of poetry in Palermo known as the Sicilian school. Writing in the Sicilian language these poets followed the troubadour tradition that had come to Sicily with the Normans and it was their figurehead, Giacomo da Lentini, who is widely credited with having invented the sonnet – a literary form adopted and perfected by Dante and Petrarch. And of course, ultimately, widely used in European poetry, including by Shakespeare.

Then, following the Sicilian Vespers in 1282, Sicily fell under the rule of the Crown of Aragon and thus Catalan added a new layer of vocabulary. Hence, such as the following:

In the late fifteenth century, when the crowns of Castile and Aragon were united and Sicily thus came under Spanish rule the Tuscan dialect became prominent throughout the Italian peninsular. The abdication of power from the direct rule of kings to viceroys under the Spanish was another contributory factor to court records now being written in the Italian rather than Sicilian language.

From then on, the influence of Italian on Sicilian grew continuously and with the result that indigenous Sicilian words were eclipsed by their continental cognates.

Sicilian is essentially an oral language. But nevertheless, Sicilian writers have frequently attempted to transcribe it. Most notably, authors such as Andrea Camilleri in his Montalbano novels have used Sicilian to give colour to their dialogues and characters.

Are there any other languages spoken in Sicily?

There are also still a few minority languages existing in Sicily: most notably, the Arbëreshë (Albanian) language spoken in several communities south of Palermo. These were Albanians who fled Turkish rule in the sixteenth century, and settled throughout Southern Italy. They have maintained their language and traditions until the present day.

Unique in Sicily is the small town of San Fratello on the north coast of Sicily, on the edges of the Nebrodi and not far from Cefalu. It was here that the Normans installed a garrison and to this day, they still speak a Siculo-Gallic dialect descendant from the Old Occitan which is unintelligible even to other Sicilians.

Unlike in Calabria and the Salento however, there are no longer any Greek-speaking communities in Sicily. Apparently, some survived into the 20th century in Messina, but were wiped out by the earthquake in 1908.

What distinguishes Sicilian from Italian?

We have already mentioned that the lexis of Sicilian contains words that do not exist in Italian. However, Sicilian also differs from Italian in pronunciation. Anyone who has studied Italian will know how important it is to distinguish between double and single consonants. So, for example, in the words:

The double consonant completely changes the meaning and they have quite a different sound from the single ones. However, Sicilian takes these double consonants to a new level: cc, dd and mm are common. And some Sicilian words contain combinations of these consonants that make them almost unpronounceable to the rest of the world:

Sicilian nouns have a gender as in Italian, but in Sicilian, this is somewhat simplified. Most feminine nouns end in ‘a’, most masculine in ‘u’ and most plurals (of both genders) end in ‘i’.

One endearing feature of Sicilian are the endings that can be added onto words to mean “a little” (-èddu) or “very” (-tùni). So, for example:

And you will hear these forms a lot in spoken Sicilian.

There are interesting grammatical differences too. Standard Italian will tend to use the present perfect when talking about the past. For example:

In Sicily however, they will tend to use the aorist (“passato remoto”, also known as the “narrative past” as it is also used in literary written Italian). So, for example:

aiu parràtu – I have spoken

But perhaps the most interesting feature of Sicilian is that it lacks a future tense. Instead, the future is expressed by appending a future time expression (eg tomorrow, next week, next year) to the present.

In this respect, Sicilian shares something with Arabic. In Arabic, (it is said), only God can know the future and so to express the future, they append the term “inshallah” – “if God wills” to the beginning or end of the phrase. So they will say something like “If God wills, on Sunday, I go to the market” (ie not, “I will go…”).

And in Sicilian, it is much the same:

If God wills and we are still alive, we see each other tomorrow.

It is very tempting to extrapolate this as being illustrative of Sicilian’s fatalistic outlook. On an island frequently wracked by natural disaster: earthquakes, volcanic eruption, drought, monsoon-like rain, who is it that decides the future?

Interestingly, even when Sicilians speak Italian, they tend to use the same construction, eschewing the future tense and resorting to the present and appending a phrase like “se Dio vuole…”

Finally, the other important feature of Sicilian is its use of invectives. When a Sicilian wants to curse or damn something, they become divinely blessed with an almost Biblical vocabulary – most of which is utterly untranslatable (and certainly quite unprintable). In such situations it would be an anathema to use Italian. Only Sicilian will do.

Is Sicilian a language or a dialect?

Let us return to the question we posed at the outset.

Most commentators now agree that Sicilian is indeed a separate language – albeit one still belonging to the Romance family of languages. Certainly Sicilian is listed as a minority language by UNESCO and even has its own section in Wikipedia. A mere “dialect” is slightly demeaning. “A language” confers status. And this is essentially as it should be.